Hello! We’ve been focusing on transforming our research into recommendation outlines that we presented to the BHL Tech Team last week. As we head into the final quarter of our residencies, we’ll be focusing on tweaking these ideas, developing workflows and proofs of concept, and finalizing our recommendations in a Best Practices White Paper by December. For this update, we wanted to give a preview of what some of these recommendations will look like and invite some preliminary feedback from the BHL NDSR Blog-o-sphere that we can consider as we move into these final months. 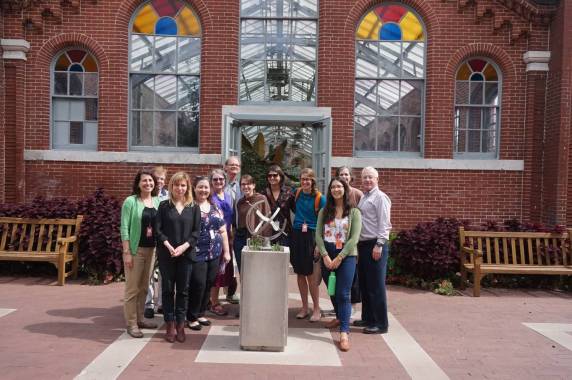 Katie has been evaluating current and investigating long term crowdsourcing projects to enhance BHL data and metadata. This has mostly focused on manuscript transcriptions and OCR corrections, but has broadened to include data extraction, named entity recognition, and optimizing, cleaning, and disambiguating collections data for use in large scale computational research.

Her recommendations include the following:

Alicia has been performing content analyses on the BHL corpus to determine how much of the world of biodiversity literature has been digitized by BHL thus far in order to focus future digitization efforts. These analyses have required her to dive into some data and text mining to create proof of concepts for analyzing the 50+ million pages of BHL.

Her recommendations include the following:

Ariadne has approached the goal of searching and browsing for illustrations in the BHL portal with a wide lense, influenced by user-centered research and design: Understanding this goal’s strategic context, conveying lessons about data production and engagement from BHL’s illustration crowdsourcing efforts, and investigating the role of illustrations in the scholarly research cycle and among the BHL portal’s primary audience, taxonomists. She is looking forward to contextualizing this work with approaches adopted by other digital library organizations and related fields, developing proofs of concept, and continuing to work with collaborators and advisors towards well-rounded considerations and recommendations for BHL.

Her preliminary recommendations include:

Pam has been distributing and analyzing user surveys to inform the next version of BHL. Over the summer, a survey was posted on the BHL website to capture the feedback of individual users coming to BHL for their research needs. Currently, two surveys are in progress – one gathering the feedback of those users affiliated with the consortium of BHL libraries, and the other seeking the input of organizations and individuals who use BHL at the system level.


Results are still preliminary at this time for the first survey, but her initial recommendations include:

Marissa has been researching best practices in digital libraries to make recommendations for Version 2 of the BHL portal. Through examining Europeana, the Digital Public Library of America, Trove, and other large-scale digital libraries as case studies, she is researching what tools, services, and standards are being used to present their collections.

Her preliminary recommendations include: